Since many people take photos for their websites, we offer a “photo shoot + website design” service for those who do not have their own websites. 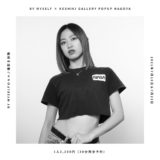 Until a few years ago, most of the requests were from people who said, “All I need is a website for now,” but recently, there are more and more people who want to build owned media, including not only corporate websites but also column sites, EC sites, SNS, and YouTube.
In the past, owned media was something that only companies that focused on web marketing did, but nowadays, private dentists, hair salons with only one store, small restaurants, and even freelance yoga instructors who work alone often want to build and manage owned media.

I’ve helped several of them build and manage their owned media, and this time I’d like to introduce NESTAL, a company that promotes K-pop and K-culture.

NESTAL started out as a K-POP club event and has since expanded to include apparel, sundry goods sales, a radio show, a web magazine, a YouTube channel, a music distribution service, and various SNS.
I mainly photograph events and products, and help build and manage the main website and web magazine.

After building a website, many stores and companies want to start a social networking site such as Instagram, a YouTube channel, a column site, or a web magazine.
Instagram is easy to start for stores because there are many individuals who are running their own accounts.
However, when it comes to column sites, if you don’t know the basics of web writing, your articles will not be read because they will not be found in search results.
NESTAL’s web magazine “LVKM+” was written by myself, another writer (who originally had no experience as a web writer), and NESTAL’s DJ JUNK, and in one year, we wrote over 200,000 PV/month and are on track to reach our goal of 1 million PV/month by the end of 2021.

There are many cases where people start a column site, but in the end they can’t write articles, so they ask outside companies to write articles for them.
And if you outsource access analysis and SEO for each site, you will end up spending more money on site construction and management than you would have if you had tried to increase visitors with less advertising costs.
It takes time to learn web writing, but once you have an in-house writer, you can write articles that meet your objectives.
When I receive requests for owned media, I give lectures on the basics of web writing and help develop in-house writers.

In addition to the radio program “NESTAL RADIO,” NESTAL also launched a YouTube channel “GYANS TV” in June. The online store sells original apparel such as T-shirts and other miscellaneous goods, disseminates information through SNS such as LINE@, Instagram, and Twitter, and each DJ delivers DJ mixes on Soundcloud and Mixcloud, as well as holds events all over Japan.

Small stores such as restaurants, apparel stores, and yoga studios may find it difficult to build and operate such owned media, but small businesses that cannot spend a lot of money on advertising can expand their reach by building owned media.

If you are worried about building owned media, we can help you by telling you what we know from our experience.

Why I’m limiting my camer…

STUDIO BY MYSELF, a self-portra…